The dog ran in the training field with good ground coverage but didn't seem to really be hunting. Just running. He handled fine and responded to a whistle. He would "whoa" just fine. I put a quail down and said "well lets see what he does when he smells a bird." He ran past the bird and didn't even slow down. The guy said "see, I told you he isn't any good." So I went and got a check cord, brought him back to the bird and I brought him into the bird on lead. I kicked the bird up, shot it and the  dog ran over and picked it right up. Retrieved it right to me. He hadn't pointed the bird at all. Didn't act like he had ever even smelled a quail. I asked "you just got this dog back from a trainer and he had him for three months?" He said "yes". I said "well whoever the trainer is, he didn't shoot any birds for this dog because he doesn't even know what a quail is." This is what he told me....When he went to get the dog the trainer took him out and the dog pointed a pigeon in a launcher. When he launched the pigeon  and fired a blank pistol the dog stood his point steady. The trainer then threw a pigeon out of his pocket and fired his blank pistol...the dog stood his point with this pigeon also. The dog's owner was duped into thinking the dog was well trained. He told me "he is steady to wing and shot." I told him... "no, he is not steady to wing and shot. He is trained to watch pigeons fly away without chasing them."  I also told him that the three months of training and the fees it cost him were completely wasted unless he had a desire to pursue some type of field trial or hunt test title that requires a dog to be steady on point to wing and shot. The training was a waste of time because when he had taken his dog hunting the dog had ran up birds, ran by birds, didn't point, didn't honor his friends dog on point and generally was a disappointment to him. The training wasn't hunting dog training.  I said..."well lets throw down another bird and see what  he does when he smells it..." He pointed it and I kicked it up and shot it. He retrieved it without any hint of prior training in being steady to wing and shot. The dog showed a good nose, plenty of point and lots of desire to hunt. It was like looking at any other untrained dog and evaluating his natural ability.

I kept him a month and shot about thirty-five or forty birds for him. He was a good pup that just needed some birds shot for him.  His owner picked him up on his way out to pheasant hunt. About a week later he called and told me he did a super job and did it all. Pointed, backed, retrieved, trailed running birds and generally put on a good show. He didn't know "what I did" but his dog was a different dog. He is very happy now."What I did" was shoot birds for his dog and that is nothing new....  What is a gun dog? A gun dog is a dog that understands that he catches birds successfully with that boom involved. He doesn't know that a wad of BB's flying through the air knock ed the bird down. He thinks he is the one that catches it. We think bird dogs do what they do for us. They don't, they do what they do for themselves. They catch birds using what works. If they could catch them by sneaking up on them they would. Or if they could catch them by charging in at full speed ahead they would. When they learn they catch birds using the boom method they are now a gun dog. Start doing a whole lot of missing and see how quick they will revert to other methods.When you start a pup on birds initially they will generally all point right away (if well bred). The reason they point is to think over what to do next. Some decide to creep or stalk as close as they can in an attempt to get close enough to pounce. Some decide the best approach is to get in there as fast as they can and maybe catch the thing. As a trainer the idea you want to get across is....no boom, no bird. Shoot them some birds and they get the idea pretty quick that this approach works. Wa La.... A Gun dog.

A few years ago I went hunting with a guy who had this dog that was the number three AKC derby dog in the nation for the year in total points. The dog was not a hunting dog in any way. Just like the earlier story this dog ran by birds, didn't back and didn't have a clue about hunting wild birds. Just like the dog in  this story this dog had probably had maybe five pigeons shot for him in his whole bird dog career....The difference between a Gun dog or Hunting dog trainer and a Field Trial trainer is shooting birds. A field trial or hunt test trainer that teaches a dog to stand steady on point to wing and shot does not shoot any birds at all for the dog.They fire a blank pistol as the pigeon flies away. They don't shoot birds because they don't want the dog to learn to retrieve.They want him to only know to stand and watch the bird fly away. If the dog retrieves he won't want to stand steady and only after extensive training do they shoot him a bird. Sad as it may sound.... the AFTCA doesn't  even shoot  birds at all any more for the dogs in their trials and AKC is not far behind. Shooting birds has just about become a thing of the past in a lot of the tests and trials. 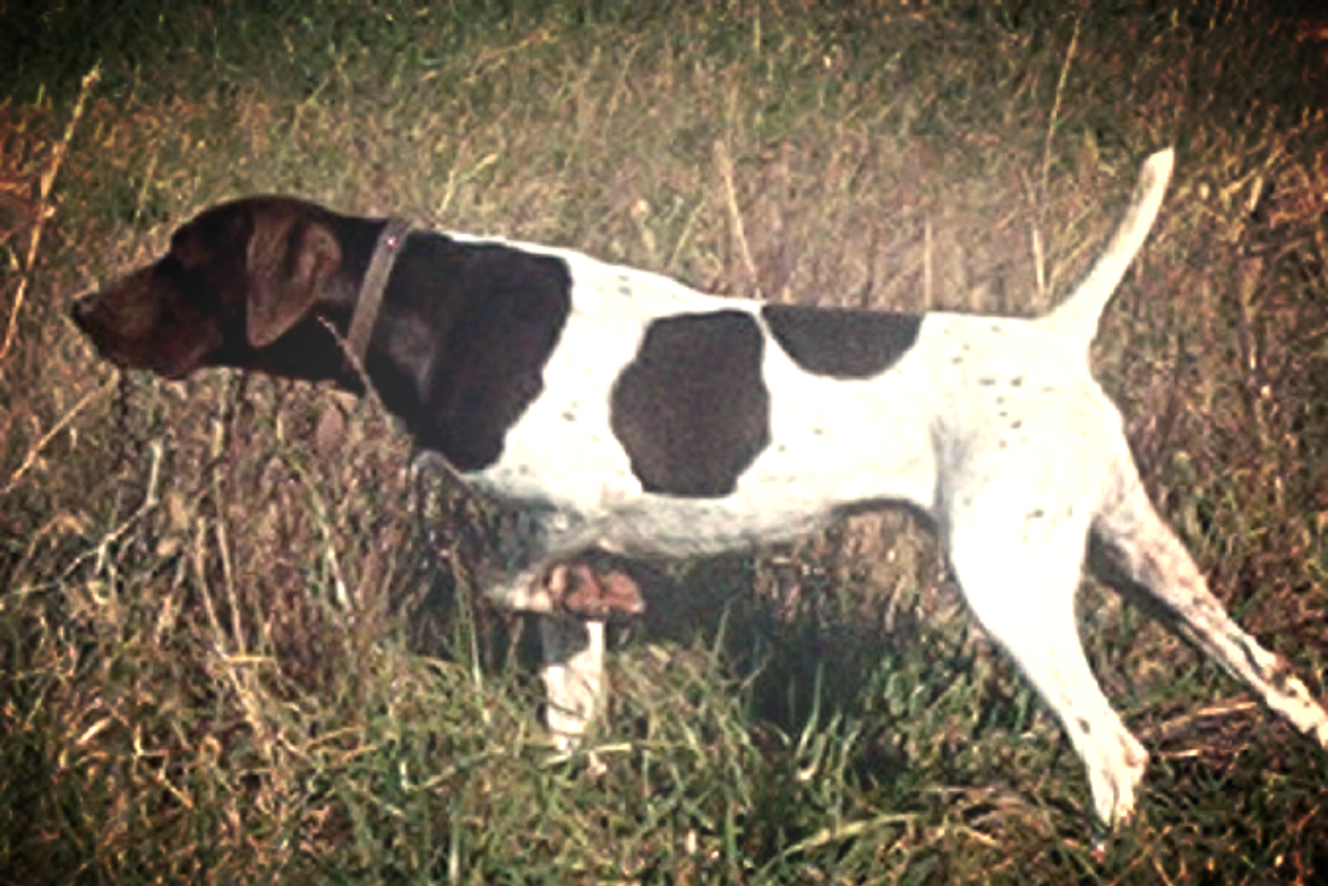