In this day we live in when men are getting "married" to men, women are getting "married" to women, people are thinking drug use and prostitution should be legal and porno is a first amendment right... it is getting harder and harder to get a word in edgewise for the other side. But... there is still hope. I read an article the other day saying that the Wisconsin Governor, Scott Walker came forward to say that no..."drinking beer does not compare with marijuana smoking". His take on it was simple. "If I were attending a wedding reception it would be normal to have some champagne. I can not imagine that marijuana smoking could ever be "normal" for any  normal occasion. Can you really imagine a wedding reception with everyone going around puffing marijuana? It is a big jump between having a beer and smoking marijuana".

legal.Believe it or not... in Mississippi as of 2013  unnatural intercourse is still

against the law and Mississippi schools teach children that it is not...an "alternate

lifestyle". Well duh... I wonder if that might be the  reason sixty nine percent are not

in favor of same sex "marriage" in Mississippi. But,even in today's world...there are

still miracles and this is a miracle story. Daniel is my son in the picture

with the blue stocking hat and Dad is the guy with a brown coat and orange hat.

The year this picture was taken was the year Dad passed away. Daniel was three

that year so it has been fifteen years ago. I grew up hunting with my Dad. Squirrel

worry about changing a diaper. I grew up waiting for opening morning of deer

season like it was my birthday. Being in the woods at daylight squirrel hunting with

my Dad was our way of life and every time it snowed was rabbit hunting time. Dad

cut us no slack and I learned to hunt from my Dad. Competition was stiff. I hunted with my Dad until fifteen years ago. We hunted with many friends, family and there is no end to the hunting stories. This story is about the last deer hunt I had with my Dad and... the miracle.

It was opening day of Deer season on Saturday. Me and Daniel went with Dad that morning. Later that day we went different directions and when we got back home after dark Dad was just coming in on his four wheeler. We talked and I told Dad that we were leaving to go Pheasant hunt for a few days and that we would be home on Wednesday. We got home and Dad's truck was home but not his four wheeler. The horses were calling and they were without water and hay. Other signs said that Dad hadn't been around for awhile. The quail were thirsty and things were just not cared for. I thought about it and decided that Dad was out deer hunting and something had happened. I told Daniel "lets go look for Grandpa" and we went all over looking at several of our different spots. Coming down the road I happened to see a little red up the creek when we crossed the bridge. There is a gate there at the pasture that is the creek bottom and you drive through a calf lot to get into the pasture. We drove up the creek and sure enough the red was Dad's Polaris. He was laying on the ground, on his back beside his four wheeler. His rifle was laying on the seat. His hat was on, and he looked like he was taking a nap...
I drove back to the road and went home to call the sheriffs office and let them know. I met a deputy at the gate and we drove back to Dad. The deputy called the coroner and told me to go call a funeral home to get someone started on their way. I went home to find a number and make the call. Elizabeth went down the road to the gate to be there in case the Coroner might get there and need directions. I talked with the Funeral Director and he was on his way. I got in the truck and went back. I was sitting in the truck talking with Elizabeth when this nice three to a side Buck jumps the fence into the calf lot and stops broad side about fifty yards in front of the truck and stands there looking at us. Now get the picture. The calf lot is bare ground. A feed bunker and a round bale feeder was the only thing there except a pile of manure that was pushed up. No weeds, no grass and no cover of any kind. My rifle was in the truck. A Ruger 25-06. So I asked Elizabeth what she thought people would think of me if I shot the deer in light of the circumstances. She said she didn't see why not so I shot the Buck. He fell where he was standing. To get back to where Dad and the Deputy were you had to drive through the calf lot and past the Buck. I drove on back to where Dad and the Deputy were to let the Deputy know what the shot had been for. He said that he pretty much knew what the shot was about because the Buck had come walking down the fence line and had stopped when he came to Dad and the Deputy and looked them both over for awhile. The Buck didn't show any fear at all, no alarm and was completely calm as he walked on off down the fence line after looking them over. Now get this picture. A mature Buck stops twenty feet from a truck, a guy sitting on a four wheeler and a guy laying on the ground. No cover between them, just grass. The Deputy said that he pondered shooting the Buck with his Glock because he hadn't gotten his Buck yet either, but decided people might frown on it. The deputy said he told the Buck he better "go on before you get yourself shot". Dad was friends with the Sheriff and by now word was getting around that Dad had passed away. Soon there were twenty people back where Dad was and everyone that went back there drove past the deer. The hearse came and we loaded Dad up and everyone started driving out. Guess where everyone stopped. To look at the Buck. There are twenty guys standing around telling deer hunting stories and... trying to figure out why that Buck did what he did.
That was my last hunt with my Dad and the last of many deer hunting stories that me and my Dad had. By the way... speak out and be sure to vote! Just like bird dogs... form follows function. Let's take back our Country! 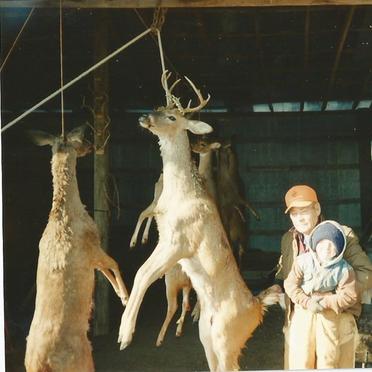 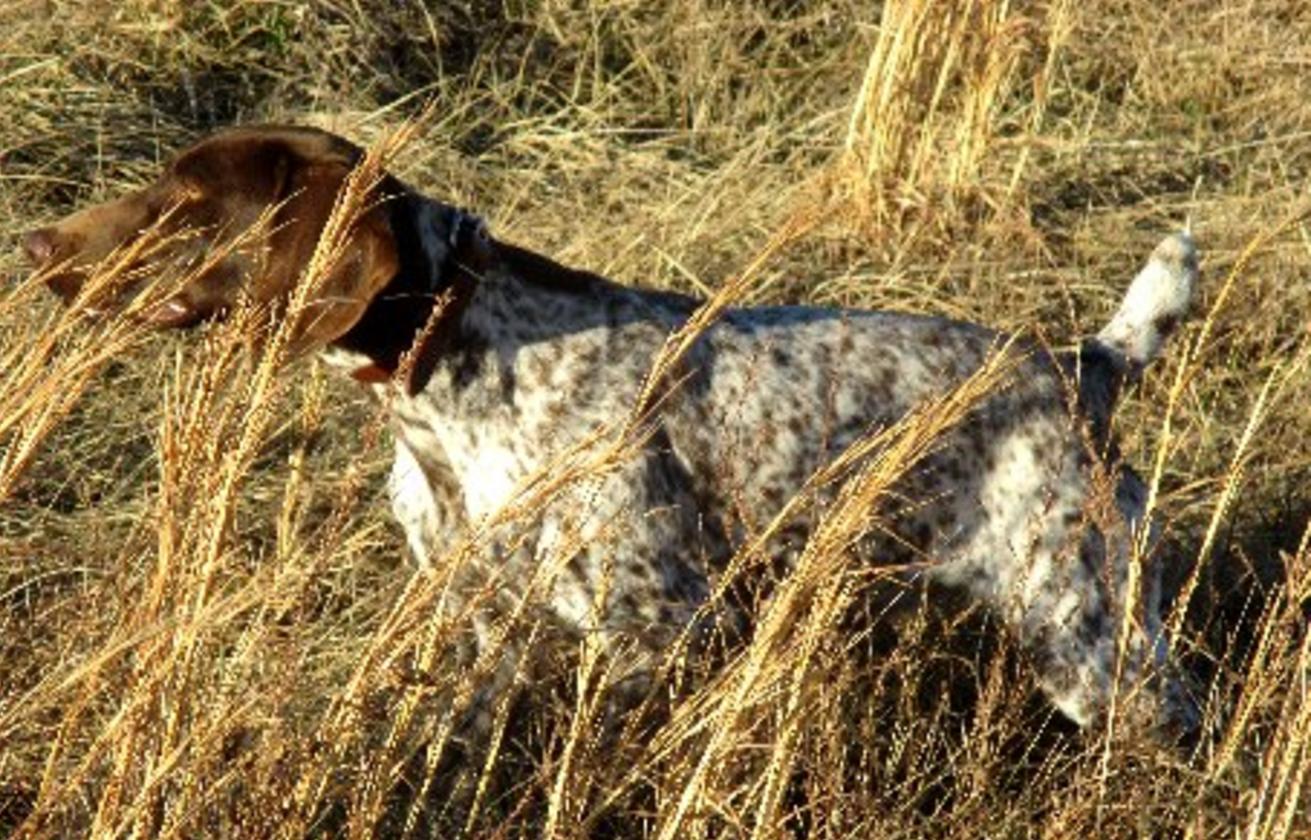