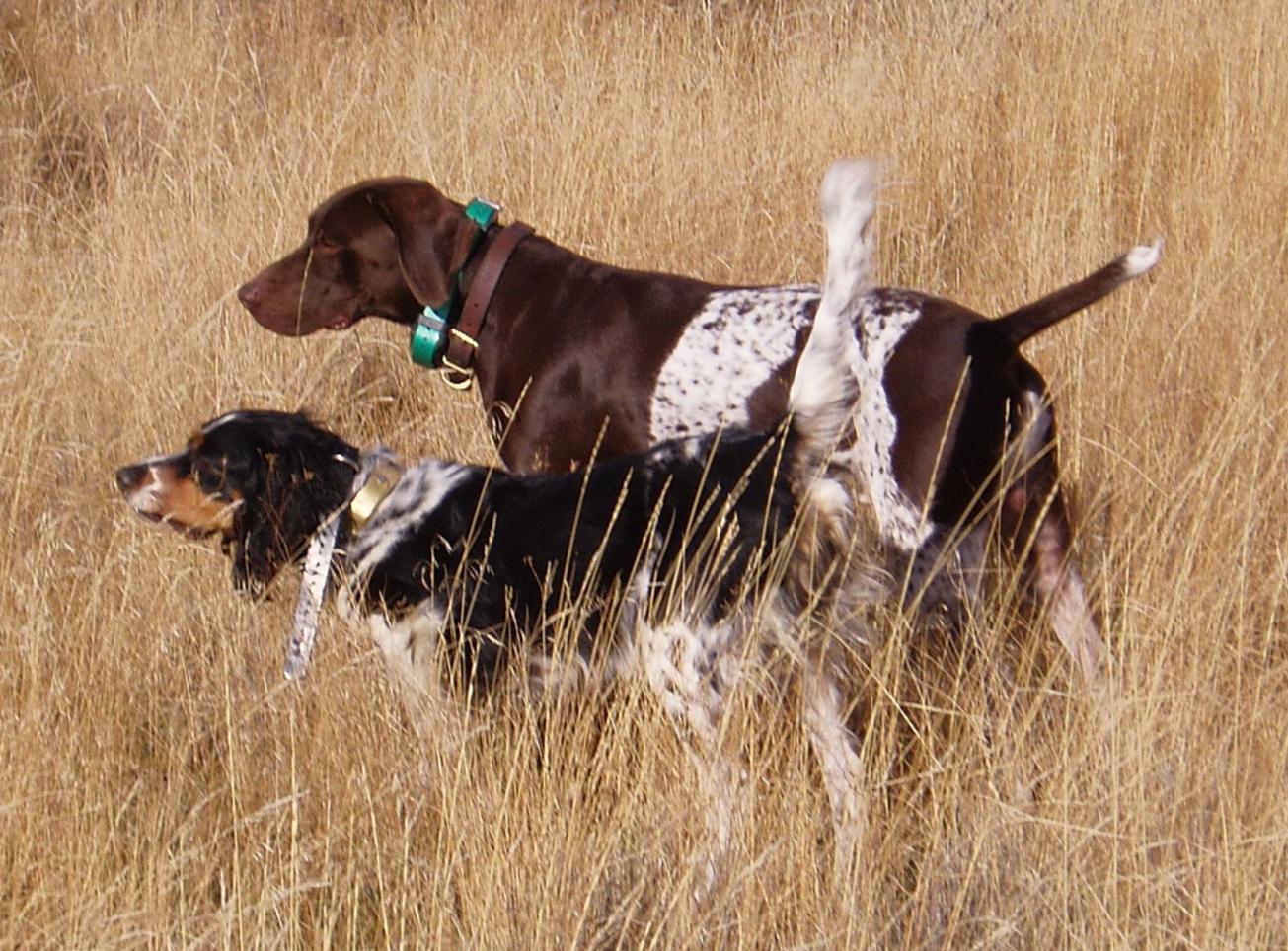 electrocute a dog and they do not "stimulate" a dog. What they do.... is  help in developing a  well trained, enjoyable dog to hunt with. Stimulate

sounds a whole lot more acceptable than shock. It's like some people "harvest" game and some people "shoot" or kill" game... a harvested bird

was either shot or killed. A stimulated dog was shocked. We do train with a shock collar and your dog will be conditioned to respond to a shock

collar.... but no your dog will not have to have a  shock collar. But then all dogs seem to hear much better when they have a shock collar on,

whether you ever use it or not, and it is much more enjoyable to hunt with a dog that can be controlled than one that is.... "like a lawn mower on the loose". Most all experienced bird dogs get excited when they see you with a shotgun ...and most all experienced bird dogs get just as excited when they see you with a shock collar too. Can a shock collar ruin a dog? Of course one can.... but then feeding a dog to much would ruin him too. Over weight dogs won't hunt and neither will a fearful dog afraid to move. We are not going to send a dog home 20 pounds over-weight and we are also not going to electrocute him silly either.

Bird dogs should come when called, turn when a whistle is blown, stop when whoa'ed, point staunchly, and retrieve a bird without chewing it to pieces. A "Gun dog" knows that a gun kills birds. We will shoot approximately 75 birds for your dog, Bobwhite Quail. By then he will know what a gun does. Most dogs get excited when they see a shotgun. Dead Bird is something they hear over and over. I am a firm believer in "whoa". A dog that will "whoa"solves most all problems associated with hunting with a dog. Here and whoa. If we have your dog for training we can usually get him where he needs to be in 90 days.

No.... I personally have never seen a bird dog used for hunting that was. Unless I am sorely naïve about it, neither have you. Steady to wing and shot is for trials and tests. It has it's place. The magazine article steady to wing and shot scenario is this: Dog/dogs on point, Flush the birds, shoot one or two (hopefully),and the dog /dogs remain standing on point. After having congratulated each other on your shooting and smoked your pipe you proceed to the dog that had the point, tap his head and he then makes an unerring retrieve. All the while the other dog/dogs will continue to honor/back. Of course, unless you smoke a pipe, shoot a double barrel 28 gauge and wear only "Pro Trainer" series clothes it doesn't work. Me, I shoot a 12 gauge so I have never got to see this feat. I'm pretty sure if a Pheasant falls near a badger hole I would want him there as soon as possible anyway. In all earnesty the average guy who hunts with a dog needs a dog that is happy to mind, steady on point, retrieves satisfactorily and be able to hunt with his dog enjoyably. Our aim in training is to teach the dog to love the birds, the gun and the boss. A well trained gun dog has class and manners. We get the dog ready to take hunting. We do not train for NAVHDA tests or AKC hunt tests. However, a dog taken straight from here to NSTRA will compete just fine.

Our kennels are inside with outside concrete runs. We feed a high quality dog food of course, and keep things clean. How can you not?

German Shorthair...  Does that mean that I think that the German Shorthairs are better or best? No...  I believe any dog that has desire and is a "bird" dog is my kind of dog. Pink, purple, polka dot, or pea green with a cork screw tail... it makes no difference to me if they do what bird dogs are supposed to do. They all have their own style, but pointing, backing and retrieving is the same in them all. I don't think the dogs are near the breed purists their owners are.

We are competitive on fees and fees are inclusive. No added fees for birds, kennel, etc. We prefer billing arrangements by Credit card if possible. Flight arrangements are handled by us as the airlines can be exasperating if you are inexperienced at procedure can become a real experience  with them sometimes.